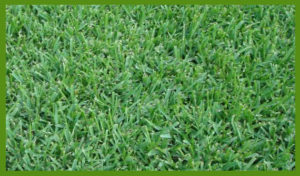 Floratam grass requires more than 6 hours of sunlight. It grows vigorously in warm weather, but in north Florida, it remains dormant for a relatively long period compared with other cultivars.

Like other Florida turf types, Floratam grass is a vigorous, coarse textured St. Augustine grass variety. Stolons of Floratam are large, purplish-red in color (demand this characteristic when purchasing sod) with internodes averaging 3″ in length. Leaf blades are wider and longer than common St. Augustine grass. According to James Beard, TAEX Turf Researcher, tests at A&M concluded it is the most drought-tolerant of all St. Augustine grasses.

Floratam’s aggressive growth can extend stolons laterally at up to 3/4″ per day!

Floratam grass is not as cold tolerant as common St. Augustine, so preconditioning by use of Winterizer fertilizer (3-2-1 or 4-2-1 ratio) in the fall (October) is CRITICAL. Floratam may suffer freeze damage when temperatures fall below freezing for extended periods.

Four years of field drought-resistance studies have been completed on a modified sand root zone. In the fourth year of the study, 29 Bermuda grass, 2 seashore pespalum, 2 Buffalo grass, 8 St. Augustine grass, 6 Centipede grass, and 11 Zoysia grass cultivars were subjected to 158 days of progressive water stress with no supplemental irrigation applied and less than 7.5 cm of natural rainfall. Degree of leaf firing was used as an indicator of dehydration avoidance and post-drought shoot recovery was used as the indicator for drought resistance. Significant drought resistance differentials were found across the cultivars and among the species. Results were consistent with the first three years of this study among the Bermuda grass, seashore pespalum, St. Augustine grass, and Buffalo grass cultivars. Among the Centipede grass cultivars only Oklawn fully recovered. Leaf firing of all Zoysia grass cultivars was in excess of 50%. All recovered, except Meyer at 20% and Belair at 45% after 30 days. Contact us today!