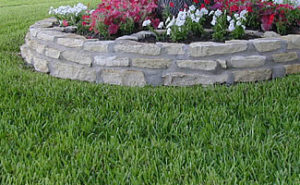 Several variants or strains of St. Augustine grass have been reported. The normal strain in early records has a white stigma color and was found to be a fertile diploid with 18 chromosomes. A sterile triploid variant with purple-colored stigmas was first collected around the Cape of Good Hope in 1791. By 1900 it was being used for lawns in Natal and has since been planted in Rhodesia, the Congo, Senegal, Australia and Southern California. In Florida it has been planted for lawns since the 1890’s.

St. Augustine grass was moved inland from coastal regions by man for use in pastures and lawns. Its requirements, other than mild winter temperatures, include moist and somewhat fertile soils. St. Augustine grass will not survive in dry inland areas without supplemental irrigation. It is not as drought tolerant or cold tolerant as bermudagrass; consequently, its inland movement has been restricted to states and countries bordering coastal zones. Contact us today! Call Today !    407-909-1835

Types of St. Augustine Sod are but not limited to Bitter Blue, Floratam, Palmetto, and Seville.